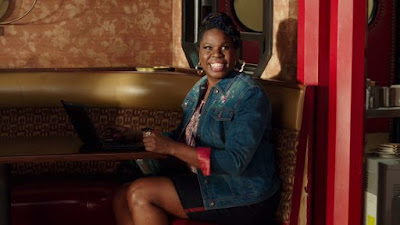 This is post number 23 in the series “31 Days of Ghostbusters,” a celebration of the franchise’s return to the big screen.
In the Ghostbusters RPG, each character has a Goal. A character’s chosen Goal has the dual purpose of guiding behavior and providing a way to earn Brownie Points. The Goals from the game are Fame, Money, Sex, Soulless Science, and Serving Humanity.
Those Goals are are good, but I felt we could use a few more. For one thing, I don’t think that Patty and Erin (from the new movie) are represented by them. So I came up with a few additional ones, two of which I’ve already used in the character stats for the new Ghostbusters.

Your character is a people person—or wants to be. She wishes to have as large a circle of friends as possible. Perhaps she talks to strangers a lot, or throws frequent parties. This Goal could refer to actual, in-person, old-fashioned friendship (the kind Patty craves), or it could mean the character desires an ever-escalating count of social media contacts. Or it could mean both!
Brownie Point rewards for Friendship come from consistent efforts to bring new people into the character’s life, as well as succeeding at interpersonal tasks related to making or keeping friends. Optionally, the player may keep track of the character’s “friend count,” receiving a Brownie Point award for a net positive change at the end of each adventure.

You prefer a form of immortality that is markedly different from that of the ghosts you bust—rather than your spirit, it’s your name and your deeds that you want to live on. You might strive to create unique paranormal technology, or write an epic occult tome called Yourname’s Spirit Guide, or maybe you just want to be remembered as the Best Ghostbuster Ever.
Your Brownie Points get a boost after you create something lasting or achieve something that people will remember for a long time.

Those stuck-up university types didn’t believe you, and they certainly didn’t understand you. Now what matters most to you is proving that you know what you’re doing and showing the world that you’re not crazy. That’s right, you’ll show them…you’ll show them ALL!
You regain Brownie Points when you accomplish something that gains the respect of the professional (non-Ghostbusting) community of your choice. This could mean proving a mad science device you designed actually works, or having a positive interaction with a member of the academic community, or simply saving the world again.

Some people don’t get none of this, but to you it’s of critical importance. You want to be taken seriously and have people acknowledge your accomplishments. Unlike those with the Goal of Professional Validation, you don’t necessarily care that stuffy professionals admire what you do, so long as SOMEbody does. It could be the public you want to win over, or you could be a people-pleaser who neglects his own wishes for the sake of getting everyone else to like you, or you might have a more narrow focus such as craving the respect of your own family.
Characters fueled by respect regain Brownie Points when a target whose respect they crave notices them in a positive way.

You crave action, adventure, and even a scare now and then. Perhaps you’re an adrenaline junkie addicted to high-octane activity. Or maybe you like proving to yourself how brave you are by enduring scare after scare. Either way, you’re happiest when you’re screaming into action in the Ectomobile or even running from a spirit that turned out to be tougher than expected.
The thrill-seeker regains Brownie Points after facing danger without fear or launching into action regardless of consequences. (And no, these Brownie Points are not transferrable to the character’s next of kin after the inevitable occurs.)
What other Goals would be a good addition to the game? Can you think of other characters from the movies who seem to have unrepresented Goals?