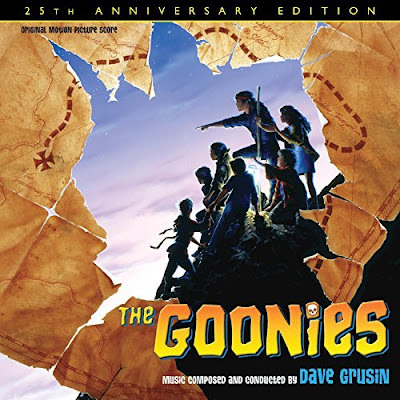 This is post number 26 in the series “30 Days of Tales from the Loop,” a celebration of the game set in an 80s that never was.

Ready for one more soundtrack that would be useful in a game of Tales from the Loop? Let’s listen to the score to another iconic 80s film featuring kids as protagonists: Goonies! Here I’m covering the 25th anniversary edition of the score, by Dave Grusin. (I considered discussing the soundtrack instead, the one with pop songs of the time such as “The Goonies ‘R’ Good Enough” by Cyndi Lauper, but I don’t think most of those songs are noteworthy, and in a game, we have plenty of excellent period songs to fill the role of 80s pop.)