My friend Peter Petrusha (Imagining Games) has a cool new game coming out called Rest in Pieces, and it’s on Kickstarter now (but ending soon). Pete also enlisted me to write one of the game’s expansions!

Rest in Pieces is a cool roleplaying game that uses a Jenga tower as a resolution mechanic (and does some new things with this idea). Here’s a brief summary:

“You play fed-up deadbeat roommates that happen to share a “pad” with none other than the Grim Reaper! What can go wrong, does go wrong in this ridiculous game about bad days and difficult friendships. Imagine playing out dark comedy stories like in The Grim Adventures of Billy & Mandy, The Regular Show, Rick & Morty, and It’s Always Sunny in Philadelphia. Rest in Pieces is a dark comedy RPG that plays with a two-color jenga tower and a unique deck of cards.”

My expansion puts you in a leaky flophouse with Great Cthulhu instead of the Grim Reaper, and includes other cards to support a Lovecraftian theme.

The Kickstarter for Rest in Pieces is fully funded and ends on October 29, 2020.

Monte Cook Games has launched their Kickstarter for Numenera 2, the revision to Numenera that they announced at Gen Con last month. I think it looks great, and I’m a backer.

One fun thing that they’re doing with this Kickstarter is asking the community of backers to contribute bits of fiction. Because part of Numenera 2 is the new Destiny book, MCG is using their Kickstarter updates to describe the town of Ellomyr, a place in danger of being attacked by bestial enemies. MCG encourages fans to describe how the town works to prepare its defense, and a high enough number of such descriptions on social media will give the town a bonus to its chances of survival.

Oddity’s father had told her to stay out of the way while the grown-ups prepare for the coming margr attack, but dangit, she had ideas that were bubbling up inside her and she had to let them out!

Oddity tromped up to Auzenne the Builder, who had built the schoolhouse, and told her she should build a new village down the road, just as big as Ellomyr, that the bad guys can have fun attacking instead! “Then they’ll leave us alone!” Oddity said, smiling and nodding to indicate that she’d settled the matter. Auzenne patted her on the head like adults do and said she’d play with her later.

Then Oddity tracked down Purple Golan the clothier, who had sewn her festival dress for her, and told him he should make margr clothes for everyone in town so the bad guys will think we’re just like them when they arrive. “Then they’ll leave us alone!” Oddity looked up at Golan hopefully, but all he did was act like her idea was a good solution and send her on her way.

Oddity was just arriving at the town square to seek out Elder Fron when her father caught up with her. “Time for lunch, Oddity.”

Oddity stamped her foot on the dusty ground. “But I have to tell Elder Fron my idea!”

Gurner Fron stepped out of his house. Oddity’s father began to apologize for the interruption, but Gurner waved him off. “What’s this about an idea, young lady?”

Oddity looked between Gurner and her father, and back again, then burst out with, “If we all play a super-mega game of ‘hide from the Wind,’ the bad guys won’t be able to find us. Then they’ll leave us alone!”

Gurner looked into Oddity’s mismatched eyes and considered what she’d said. “Oddity, I don’t think the margr will leave even if they think the town is empty. I think some of us will have to fight to defend it. However, your idea sounds like a good way to protect the people in town who won’t be fighting. It might help if you were to start training the other children in ‘hide from the Wind.’ If your father thinks this is a good plan, that is.”

Oddity’s father picked her up. “I think it’s a great plan. Come on, Oddity. Lunch will give you the strength you need to start your training.”

Oddity’s father took her home, just as the Trilling Stone began to sing. 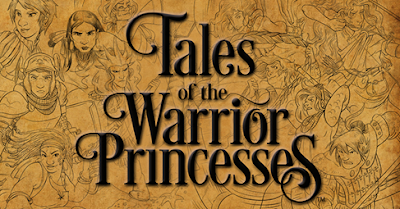 Tales of the Warrior Princesses (on Kickstarter through March 9) looks like a great idea for an RPG book on its own, but when you add the fact that my friend Darcy Ross contributed to it, that takes it up to 11!

Darcy co-wrote one of the adventures in Tales of the Warrior Princesses (with Rebekah McFarland), and she described the book like so:

TotWP is a book of adventures for D&D 5th Edition, with pregenerated characters (“Warrior Princesses”) that are reminiscent of classic and modern fairy tale princesses that are D&D-ified and badass in all sorts of ways. Pulling from these familiar stories and characters makes the game pretty easily accessible, and the world is a lovely playground of different fairytale settings with their characteristic Big Bads wreaking havoc across the world.

Though I haven’t been able to see the actual product yet, this looks like the kind of thing that would make me like a D&D game–a fairytale feel plus a focus on feminine protagonists.

Take a look at this cover mock-up…I may have to spring for the hardcover! It’s a beauty. 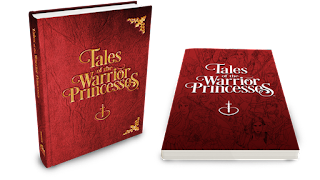 Tales of the Warrior Princesses (Kickstarter) 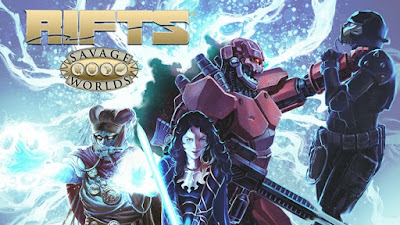 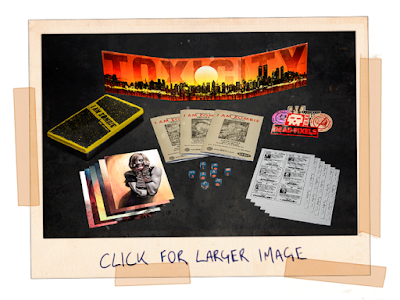