Skip to content
This is post number 4 in the series “31 Days of Ghostbusters,” a celebration of the franchise’s return to the big screen. 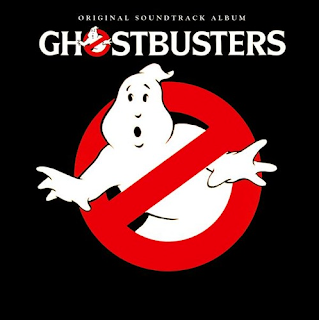 The soundtrack to Ghostbusters is one of my favorites. The album mostly consists of 80s pop songs–some of which were clearly only added to pad out the song count–with a few pieces from Elmer Bernstein’s movie score. (A separate score album also exists, but that one sadly saw only a small print run.) While I’d prefer more of Bernstein’s amazing ghostly music, this album is a lot of fun and well worth repeated listenings.

As a GM running a Ghostbusters game, your use of this soundtrack might differ depending on your group of players. For a gang of long-time hardcore Ghostbusters fans–those likely to be familiar with the entire soundtrack, not just the main theme–use the whole thing. Several tracks do nothing to evoke a spooky mood (I’m looking at you, Laura Branigan), but for those of us who grew up listening to this album, they still scream Ghostbusters. If, instead, you have a group of players who don’t even know where in the movie “I Can Wait Forever” was featured, you might wanna stick to the key mood tracks, which for my money are “Ghostbusters” (both versions), “Cleanin’ Up the Town,” “Savin’ the Day,” “Magic,” “Main Title Theme,” and “Dana’s Theme.”

(Do you know which song appeared in the movie but not in the soundtrack? I’ll tell you in a minute.)

(By the way, the song that appeared in the film but not in the soundtrack was “Disco Inferno,” by the Trammps. It played during Louis Tully’s party. Speaking of “Disco Inferno,” stay tuned…I’ll have more on that topic later in the month.)