This is post number 10 in the series “31 Days of Ghostbusters,” a celebration of the franchise’s return to the big screen.

The New York City setting was a big part of the look and feel of Ghostbusters. In additon to the visual component on screen, New York also influenced the presentation of elements like character attitudes, location details, dramatic situations, and ghost types.

Setting your game in a different city will similarly change the feel of your campaign. Let’s take a look at a few places that might inspire local-flavored spectral activity. I’ll start with my own town as an example, since (conveniently enough) that’s where I set my most recent game. 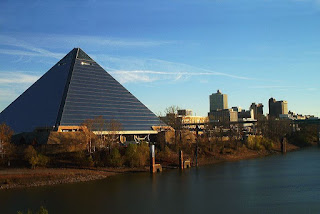 I’ll be honest: I didn’t choose to set a campaign in Memphis because of any special features; I chose Memphis because that’s where my players and I live. But that’s a fine place to start! Researching your own town to figure out what kind of “haunted history” it might have—as well as where the Ghostbusters themselves will set up shop—can give you a new appreciation for where you live. As it turns out, Memphis has: 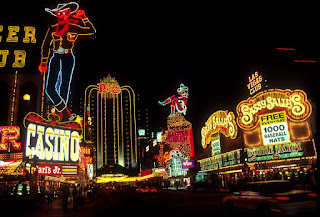 One of the perks of being a Vegas Ghostbuster is having plenty of things to do during one’s down time. Unfortunately, it’s harder to do the job when flashing lights and casino sounds interfere with your PKE readings, and hauling a proton pack around in desert temperatures can challenge even the Ghostbuster with the highest Cool rating. (In fact, your Ghostbusters will probably want to wear uniforms more suited to the warmer climate.) 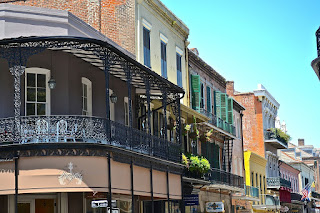 In a city that’s home to Mardi Gras, jazz music, ancient crypts, and voodoo, a team of Ghostbusters running around won’t seem that unusual. As the supply of fancy cemeteries hints, the likelihood of finding enough work to keep a Ghostbusting franchise in business is high. If your Ghostbusters really get into the spirit of New Orleans, perhaps they’d like to use a streetcar as their Ectomobile! Sure, it’s not at all practical, being on a track and all, but that’s a problem for R&D to solve! 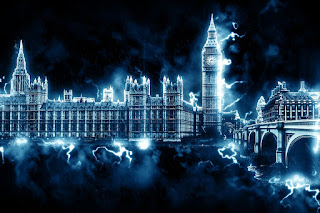 A city as old as London is bound to have a lot of ghosts in the pantry (is that the phrase?). Just keeping all the museums in London spectre-free would probably be a full-time job! And in addition to simply having a large number of ghosts, London would also have more than its share of FAMOUS ghosts. What will the London Ghostbusters do if they encounter the ghost of a famous figure such as William Shakespeare or Anne Boleyn (carrying her own head)? Will they zap and trap the old soul just like any other job? Will they talk to the spirit and try to get it to move on peacefully? Or will they find a way to put the contained spook on display and charge admission to the public? 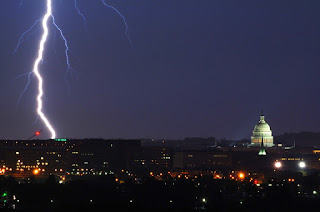 Ghostbusters operating in the United States capital should be extra careful to mind their targets; the Secret Service doesn’t have a sense of humor about stray shots hitting the White House. But there’s good news, too: just like a Washington prostitute, many of the Ghostbusters’ clients will be rich and powerful!

Have you set a Ghostbusters game somewhere other than New York? Was it your town? I want to hear about it!