I nearly forgot to mention that the first book of adventures for Tales from the Loop is now available. It’s called “Our Friends the Machines & Other Mysteries.”

Here’s a summary of the contents from distributor Modiphius:

“Toys suddenly developing intelligence. A mystical mummy roaming the beaches. Weird events in the local video store. A mixtape full of mysteries. Four wondrous machines. A guide to creating your own setting for the game. All of this and more is included in this volume, the first official module for the multiple award-winning Tales from the Loop RPG. This book includes:

Our Friends the Machines & Other Mysteries is available now in print and PDF from Modiphius, or in PDF from DriveThruRPG.

I’ve got another Tales from the Loop article up on Gnome Stew, this one an interview with some of the creators: Tomas Härenstam, Nils Hintze, and Matt Forbeck!

Interviews from the Loop [Gnome Stew] 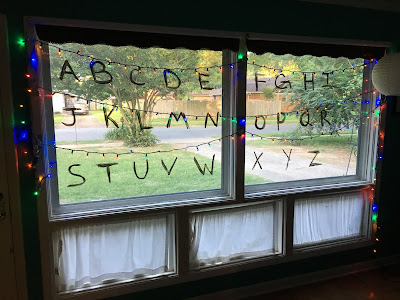 Why have 30 Days of Tales from the Loop when you can have 31? Here’s an additional post about the game I wrote for gaming blog Gnome Stew. (And I have another one coming next week!)

Whew! That was almost as hard as 31 Days of Ghostbusters. (Which was 1 day harder, actually.)

For the sake of completeness and easy navigation, here’s a list of all 30 posts.

This is post number 30 in the series “30 Days of Tales from the Loop,” a celebration of the game set in an 80s that never was.

Tales from the Loop shows us what things are like for the two Loop facilities in the 80s. There’s one in the US, one in Sweden, and strange things tend to happen around them.

And as I’m sure is true of most science fiction fans, I can’t help but wonder what the future holds for them.

We’ll find out some of that future when Fria Ligan publishes its Things from the Flood expansion, which the Tales from the Loop RPG Kickstarter tells us will contain info about the setting in the 90s. What I want to consider today is some possible futures of the Loop and its surroundings in the days to come, whether those days are in the 80s, 90s, or beyond.

It’s easy to imagine more cities (and countries) becoming hosts to their own Gravitron facilities. This could affect the Kids in your game in a few ways. First, they might begin play at one of these alternate sites instead of the two in Tales from the Loop (as we covered in an earlier post, Additional Campaign Frames). Second, they could all visit (or relocate to) the area of a new facility. Or third, someone might discover a means of traveling between Loops—a teleport, perhaps—and thus open up numerous Loops as possibilities for exploration.

The game setting might instead take a slightly darker turn, in which the Loop’s authorities become more secretive about activities at the facilities after having to deal with the repercussions from a critical mishap or two. Field trips cease, security tightens up, and things in the area become more tense. This doesn’t stop strange things from happening, of course…it just makes for a more paranoid and dangerous atmosphere, as the Kids have to deal with increasingly strict adults at the same time they’re coping with all the results of weird science.

Tales from the Loop is already a game of an “80s that never was,” so why limit ourselves to particle accelerators and magnetrine ships and robots? Perhaps the Loop experiments quickly yield rapid advancement in technology, so that the Kids begin seeing ray guns, holograms, and transforming robots. Maybe the Kids can trade in their bikes for hoverboards!

The longer these enormous particle accelerators operate, the more chance there is for them to cause lasting damage to the environment. It might become more common to encounter anomalies in the area, such as time loops, time- or space-portals, areas where physical laws operate differently, and other phenomena.

This could be a possible follow-up to the previous item, as environmental groups and other safety watchdogs begin to demand the Loop shut down or curtail its activities to avoid further damage to the world—or even to reality itself. Are the environmental complaints valid, or are they engineered by some other group to eliminate the Loop? Which side of this issue will the Kids end up on?

This is it! We’ve reached the end of 30 Days of Tales from the Loop. I feel like I know the game a lot better now, and I hope you do too. I loved interacting with fellow fans in the comments and on social media, and especially loved learning more about Swedish culture, history, and language thanks to my new Swedish friends.

I have two more Tales from the Loop posts to put up next month, when the stars are in the correct alignment, so please stay tuned!