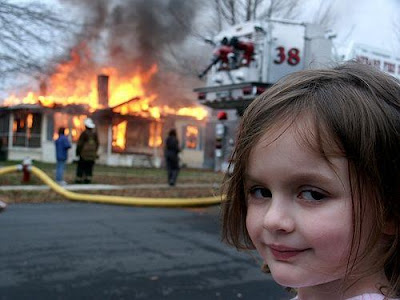 My friend Jay continued running us through Ravenloft last night. Toward the end of the evening, the party was spent. My cleric had used all his spells (and his turn undead), our druid had used all her wild shapes, and our dragonborn had used all her breath attacks. We were low on health, running on fumes, and still had to stay in the fight to keep Evil from winning.

Since I had also left my weapons behind (because taking weapons to a dinner party is uncouth), I was down to using my sole attack cantrip as my attack. Good ol’ sacred flame.

When my fellow players got sick of hearing me say “I cast sacred flame” over and over again, I had to find a way to accommodate them. The best thing would have been to find a different, more creative attack, and mix things up a bit.

But it was late and I was tired so I just made up new names for my spell.

Here are the alternate names I used for the sacred flame spell. Perhaps some of these are regional variations. Or names for the spell in older spellbooks. Or changes to the name made by a bard who needed a rhyme for “seven.”

What are some alternate names for YOUR favorite spell?