This is post number 15 in the series “30 Days of Tales from the Loop,” a celebration of the game set in an 80s that never was.

In case you hadn’t noticed, Tales from the Loop is a Swedish game. Fortunately for Americans, the game also contains an alternate American setting (the town of Boulder City, Nevada), and the character Types are cross-cultural, and the game provides American-friendly names for all the referenced non-player characters and locations.

As I suspect is true of many roleplayers, exposure to the taste of Swedish culture provided by the game made me want to learn more. Here are some of the resources I found when I went looking. 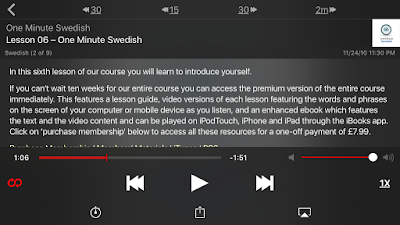 Although you don’t need to know the Swedish language to understand Tales from the Loop, if you’re like me you’ll find yourself entranced by the Swedish names referenced in the game—and also baffled as to how they are pronounced. If you want to learn more about Swedish words, letters, and pronunciations, here are some things to try…only a small, small sampling of the available material online.

Swedish Alphabet Tutorial: This one helped me a lot–it’s a YouTube video called Learn Swedish: The Alphabet. The video explains the pronunciation of the three letters that exist in Swedish but not in English. The video also says the names of all the Swedish letters.

Swedish Language Lesson Podcasts: This is my favorite form of exposure to Svenska. The three podcasts below are the best of the ones I tried, and all of them sprinkle in tidbits of Swedish culture in addition to the language.

Radio Sweden: This was my first stop in learning more about Sweden. The Radio Sweden website provides news feeds in multiple languages, which is great if you want to learn about modern Sweden.

Swedish Statistics: A Swedish administrative agency called Statistics Sweden maintains a website full of great statistical information about the country. The main thing I use this site for is finding authentic 1980s Swedish names, using the name statistics page. There’s a lot of other information on this site, but I haven’t yet moved beyond the name data. (My thanks to Björn Hellqvist for pointing me to this.)

IKEA: Although I didn’t set out to my local IKEA store with the purpose of learning more about Sweden, it happened anyway. One of the things I was happy to find was a great assortment of Swedish snack foods, which I hit (hard) to feed the players at my game.

Sweden has a strong history of producing roleplaying games (and roleplaying gamers), and I wanted to point out just a few. Let’s start with the other games published by Fria Ligan, the publisher of Tales from the Loop. (Please note that these games DO exist in English translations; I’m just pointing out that they were created in Sweden.)

Mutant: The Mutant series started in 1984 under Swedish RPG publisher Target Games, and lives on currently in the form of Mutant: Year Zero. This new edition is from Fria Ligan, and lets you play a mutant in an irradiated world after the nuclear apocalypse. This system was where the Year Zero game engine originated—the rules system at the heart of Tales from the Loop.

Coriolis: This one is a science fiction RPG described as “Firefly meets Arabian Nights.” Players crew a ship to explore a star cluster called the Dark Horizon, where they explore ruins, meet aliens, and engage in political intrigue. Coriolis also uses the Year Zero game engine, modified to better match the setting. (This was true for Tales from the Loop, too.)

Kult: A game of contemporary horror, Kult was also originally published by Target Games. The latest edition, from Helmgast, is in production after a successful Kickstarter, and is due to release in summer 2017.

Drakar och Demoner: This game (which translates as Dragons and Demons) is a classic fantasy RPG, also from Target Games. A new edition is expected to release this year, published by RiotMinds. The English version of the new edition is called Trudvang Chronicles.

If I’ve missed your favorite Swedish game or resource, please share it with the class in the comments!