MidSouthCon 2017 continues! If you missed the previous post, here’s a link: Day 1.

My first stop on day 2 was my first game of Savage Rifts. As I mentioned last year, I backed this Savage Worlds edition of Rifts on Kickstarter, and read the books as soon as they arrived at my house–but this was my first opportunity to play. 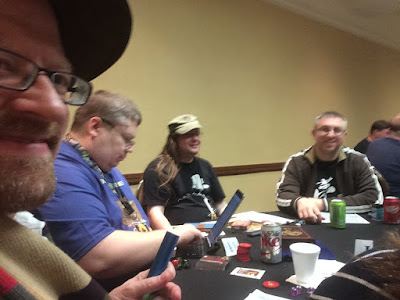 It was great fun! Our characters were dog boys of different types in a biker gang. (Mine was a crazy poodle who thought he was a cat.) The adventure was “Meet the New Boss” from Savage Foes of North America. My dog boy, Felix, went out in a blaze of glory saving townsfolk from a collapsing building. (Full disclosure, our team member collapsed the building.) 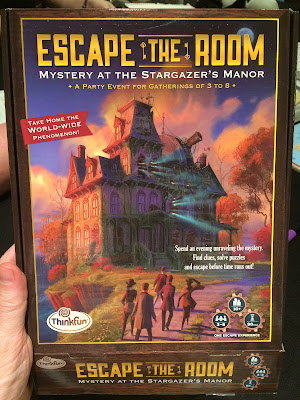 My second game of the day was a board game we checked out from the library, Escape the Room. It’s a tabletop recreation of an escape room experience. It was fun, but there’s just about zero replayability to this one. 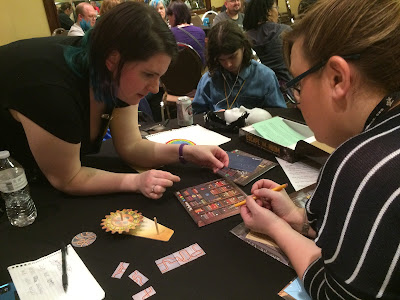 My other RPG on day 2 was another first for me, Feng Shui 2. The adventure was “Red Packet Rumble,” and I had fun playing as the Scrappy Kid. I documented my favorite attacks in this stylish Hong Kong action cinema game (in this case set at a wedding):

In the end, this session was OK-but-not-great, though I may save the details for a post about that topic later. The Feng Shui 2 system, though, I really like.

I hesitate to call mine a costume, since it’s only made of a few parts and a prop, but this year I accessorized my new ultra-long Doctor Who scarf with some other wardrobe elements to represent the 4th Doctor.

Here were my favorite costume-related moments from the con:

During my Time Lord adventures at the con, I also met one of my future selves, #8… 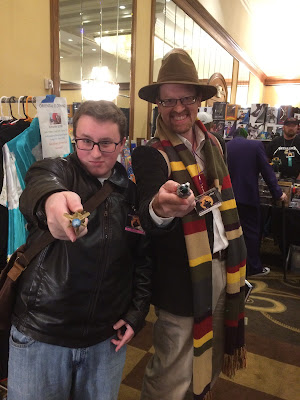 …and even ran into my mirror image! 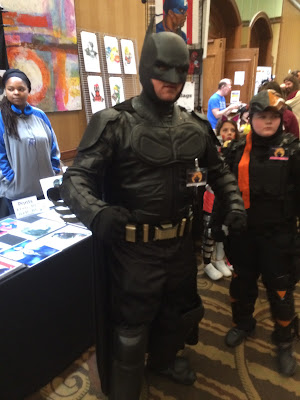 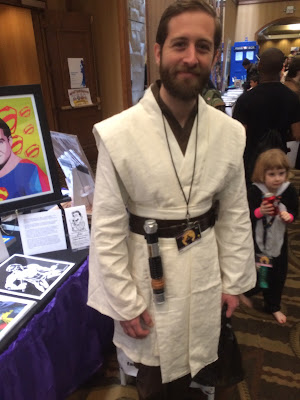 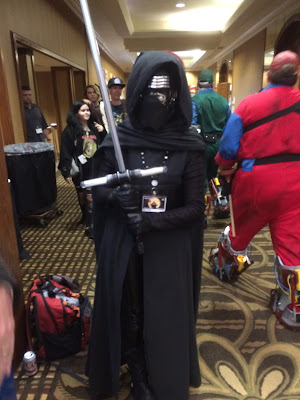 As an admitted dice addict, I must confess to purchasing a set of dice within half an hour of entering the dealer’s room. Much later, between games, I bought the Doctor Who 10th Doctor Sourcebook (adding him to my other favorite Doctors, #4 and #1) and a Gloom Expansion (in honor of Keith Baker).

Here’s my favorite vendor. (Also, not coincidentally, the only one selling roleplaying games.) 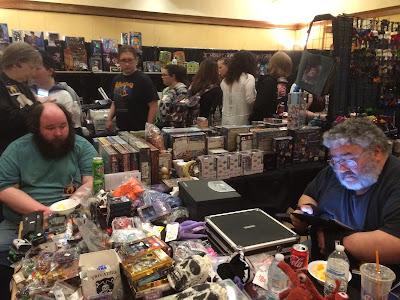