I’m still processing all the Gaming Goodness(tm) I encountered at GenCon last week, but I wanted to go ahead and get this info up first. I’ll bore you about the games I played in a later post.

Lots of companies announced new products or presented other breaking news at GenCon. This isn’t a comprehensive list of GenCon announcements, just the ones I personally witnessed.
Monte Cook Games announced a new series of sourcebooks for Numenera, collectively called Into the Ninth World.

The Into the Ninth World Kickstarter campaign started on August 5th.
Pinnacle Entertainment Group announced three new product lines. The one I’m most excited about is a Flash Gordon Savage Worlds roleplaying game, which they announced with a cool teaser trailer. Gordon’s alive! The other two are Fear Agent and The Goon, both based on titles from Dark Horse Comics. Pinnacle has posted a video of the Pinnacle GenCon seminar on YouTube. 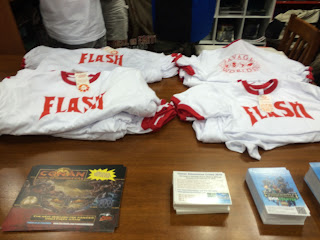 And Wil Wheaton announced at the Titansgrave Q&A seminar that Tabletop season 4 and Titansgrave season 2 will begin production early next year. 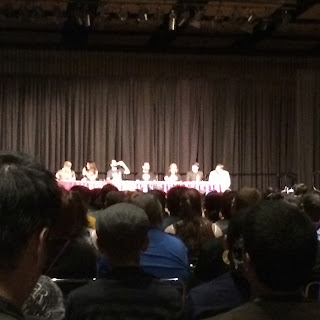